Rumors of Xbox VR have become increasingly stronger despite little to no confirmation from Microsoft.

Sony has released their PSVR while HTC and Steam have their own headsets as well. Facebook has seemingly controlled the market with Oculus Quest and again, Microsoft remains silent.

With virtual reality becoming increasingly popular within the gaming industry, one can only wonder if this is truly something Xbox will sit out of.

As a long time proponent of VR, I must admit it would be highly disappointing to not see what Microsoft could bring to the table.

I typically average several hours of gameplay with my Oculus Quest 2 after having owned a PSVR prior.

And with the recent acquisition of Bethesda, why not try and carve out a place in a blossoming market like VR? It would make for fun gaming and give us moments like these.

Here are just a few pros and cons of why I believe Microsoft should or should not get into the VR game.

The Bethesda acquisition makes for an enticing case when it comes to the potential of Xbox VR.

Bethesda has already found success with such games as Skyrim VR and Doom VFR.

Can you imagine a Dishonored VR game? Or a fully realized Prey VR game?

Most of Bethesda’s games have been fully first person games. This makes for any and all future titles to be perfect opportunities to integrate VR.

The possibilities with any of these Bethesda titles are absolutely endless and it pains me to think Microsoft may not even try anything.

Now that’s not to say they haven’t or aren’t already trying. For all we know they very well could be trying to develop something with one of their many studios. It just seems that if you’re going to do a VR game with a Microsoft studio, you might as well pick Bethesda.

I mean, is it too much to ask to have a VR option for the upcoming Indiana Jones game? I’d love to be able to swing around with the whip and put on the fedora as the John Williams score hits.

A boy can dream.

Con: Is Everyone Partying Without Me?

Sony has recently announced the PSVR 2. Oculus Quest 2 just shipped over $1 million in sales as of February. Steam absolutely killed it with Half-Life: Alyx.

And everyone’s sitting at home looking for things to do.

Virtual Reality has without question exploded and has never been more popular. The games keep getting better and the platform is becoming more accessible for potential buyers.

And like a recently re-released superhero film that needed nearly $500 million dollars in a total budget and a four-hour cut to make sense to anyone, Microsoft finds itself well behind the curve.

Xbox VR is only a hypothetical at this point and it’s likely we wouldn’t see it until late 2022 at the very earliest.

Even then, we should have another Oculus Quest and the new PSVR 2. This would mean the Xbox VR would absolutely need to be perfect upon release.

What others have been able to learn and rework after much player testing, Xbox would be just figuring out.

Essentially they would be a full generation behind.

Would it really be worth trying to fully integrate VR with your consoles and games? They would definitely run the risk of falling flat on their face and embarrassing themselves again.

Microsoft may have all the money in the world and failing would not be the worst thing financially. But that money spent on VR R&D could be spent toward another studio acquisition. That is something I feel Microsoft cherishes more.

Okay, let’s say this works out fine. Xbox VR is a hit and the technology is stunning. What better way to sell units than allow for the VR games to be on Game Pass day one?

Instead of having to spend $20-$30 on a new game like on PSVR, you can just download it from the Game Pass store. Yet another perk to make the best deal in gaming even better.

And that’s not to say the games would be first party exclusives. I’m absolutely sure games like Beat Saber and Thrill of the Fight would jump at the opportunity to build their player base even more.

This would take a huge bite out of the VR wars if Microsoft was able to get some big time VR games to join Game Pass.

Steam, PlayStation and Oculus would all struggle to keep up if their heavy hitters went free on Game Pass.

We’ve already talked about Bethesda but just think about games like Halo or Hellblade.

Wouldn’t it be insane to step into the boots of the Chief and take on the flood? Or what about walking through Helheim while hearing voices in your head?

How about all of The Outer Worlds or even Sea of Thieves? Does traveling around the world in Flight Simulator sound like fun?

Who knows, EA could even get in on the fun and allow for some of their games to integrate VR. That’s the benefit of having so many good games on one platform.

It was hard enough (and still is) to get an Xbox Series X. The pandemic also doesn’t help people in terms affordability.

It’s because of this that Microsoft has a slippery slope to climb.

As things start to get back to normal, people start returning to work and more and more Xboxes start to get into people’s hands, Microsoft can start “Phase II” of whatever their plan is.

Hypothetically, let’s say it involves Xbox VR. The peripheral itself would need to be as close to wireless as humanly possible.

The Oculus Quest has really set the standard for what can be done without wires. The PSVR is allegedly going to only have one wire connected to the PlayStation 5.

If Microsoft wants to be competitive, it’s going to have to try and cut down on as many wires as humanly possible.

That also makes an already expensive add-on, potentially more expensive. They could cut down on the costs by not forcing their to be an storage unit in the device but how much will that really change the price?

This will make it a tough sell for Microsoft, especially for those who have already purchased one of it’s competitors. Will they really want to shell out another $300 minimum for something they already have?

You’re really going to have to show us something we’ve never seen before to sell it to even the most hardcore of fans.

Quite possibly the biggest reason this could succeed.

What Microsoft has lacked in big-time first-party titles they have made up for in future proofing their tech.

Game Pass allows for hundreds of games to be easily accessible on both PC and console. Project xCloud could provide an even bigger advantage.

I mentioned the lack of on board storage as something that could decrease the price. I also mentioned how the device should be wireless.

Both of these should easily be obtainable using xCloud. All you would have to do is connect and then play your games using the VR unit.

Oculus Quest has already mastered this with Virtual Desktop so to make this standard with the Xbox VR would be simple.

And who knows? Maybe they also make it compatible with the PC and go after that market as well.

By all accounts, xCloud has worked out very well in early testing. I have yet to try it myself but I have zero doubts that if you can play games on your phone, you can play it using a VR device made by Microsoft.

Utilizing xCloud as your primary way of playing VR games would seemingly be Microsoft’s final piece of the cloud-based puzzle.

I truly believe Microsoft could have something here. I have been using my Oculus Quest 2 several times a week since getting it at launch.

It’s used primarily as my way of working out but games such as Star Wars and The Walking Dead have shown off some of it’s true power.

Between the integration of xCloud and Game Pass, Xbox VR could be a true force in the industry.

It could help create a healthier space and get more casual gamers involved.

The fitness game Supernatural VR has a small but very dedicated group of those who want to get fit. So far it’s only available for the Oculus but it could benefit from an increase in player base.

I mention that game because by and large the crowd is mostly made of people who want to get fit and not necessarily hardcore gamers.

That is the audience Oculus has been able to find with a lot of their games and one I think Xbox VR could really tap into.

Do I believe Microsoft will unveil something? I don’t. I think it’s a little late for them to join the market.

But if they do, I believe they have put themselves in a strong position to be competitive.

You can find more from out team below:

Also be sure to check out our Discord and join us on our Twitch streams Monday, Wednesdays and Fridays starting at 6 PM CT.

Stay tuned to Generation Xbox for all the latest news, previews and reviews. 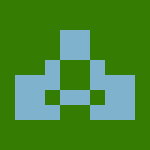 5 Dormant Franchises That Need To Return This Generation

Outriders: A Mass Effect Game I Never Knew I Needed

5 Dormant Franchises That Need To Return This Generation

Outriders: A Mass Effect Game I Never Knew I Needed

How Gaming Has Changed Amid Pandemic and Xbox’s Exciting Future

Challenging Games Are Ruined By Tutorials