After making its return in 2014, the R.B.I. Baseball series has had its ups and downs in the years since. Originally featuring a retro game style with updated rosters, ballparks, and teams, MLB Advanced Media hoped to carve out a niche in the baseball video game market that R.B.I. Baseball could fill. However, the series has been plagued by problematic gameplay and a lack of real identity. R.B.I. Baseball 21 marks the first effort on the Xbox Series X – will it capture the pennant in 2021? While it swings for the fences in a few ways, R.B.I. Baseball 21 ultimately delivers a soft grounder to short.

Every great sports video game franchise has a clear identity. Each game has its flaws, sure, but you know what you’re getting when you buy Madden, FIFA, NBA 2K, or MLB The Show. Within the world of baseball video games, MLB The Show is known as a game that focuses on realism, great gameplay, and a wealth of game modes for players to experience. Super Mega Baseball provides an arcade aesthetic along with player and team names that are fun and unique. Metalhead delivers it with game mechanics and physics that are better than anyone would ever predict. The biggest flaw with R.B.I. Baseball 21 is that it has no clear identity. It can’t seem to decide what it wants to be, so it’s hard to say who the game is for. That is the issue at the core of everything that holds R.B.I. Baseball 21 back.

Yearly sports video games always beg the question – why should I buy this year’s game when I have last year’s already? Well, the easy answer is the roster update. We always want the newest and most current thing. In addition, there are always tweaks to the game year over year that change the experience, and some of those can provide a significant change. Of the changes and additions brought to R.B.I. Baseball 21, most are actually significant and positively impact the player’s experience.

Create-a-player might be the biggest addition, but the most important is the addition of play-by play featuring Fran Charles from MLB Network. This feature joins create-a-player as ways the R.B.I. Baseball team responded to fan requests for 2021.

The team at MLB Advanced Media also committed to fans of the R.B.I. Baseball series that the weather system would be revamped for the 2021 game, and they did spend some time and resources on it. The result is a mixed bag, to be honest. Clouds in the sky are more noticeable, yes. They’re also not always noticeable in a great way. Almost looking cartoonish at times, they only add an element of realism in the sense that they’re present on the screen. The different times of day are nice, though, as it does have an impact on the in-game experience.

By 2021 sports video game standards, R.B.I. Baseball features a very bare-bones suite of game modes. The headliner is the franchise mode, which does have a very pick-up-and-play feel and is very accessible to new players. If a full 162 game season is too much for you to take on, you can choose from different season lengths, with as few as 54 games available. Since R.B.I. Baseball is developed by MLB advanced Media, the game has the full arsenal of Major League Baseball statistics at its disposal, and they help create a good experience in the franchise mode.

Franchise mode enables players to run their favorite team for ten years, which provides a nice long-game experience for baseball fanatics. It’s not as good as what you can find in MLB The Show, but it is a serviceable experience. If MLB Advanced Media could find a way to better capture the intensity of pennant races or the fierce rivalries that exist in Major League Baseball, Franchise mode would benefit greatly. The result would be a far better experience for players and a reason to continue playing for season after season.

If you don’t want the grind of a full season, you can jump in and play through the playoffs themselves. This allows you to choose your favorite team and try to win it all without having to survive a long season first. Again, it just feels like something is missing here. When baseball playoffs are good, they are full of drama and have fans on the edge of their seats with every pitch. Unfortunately, R.B.I. Baseball 21 comes up sort when trying to capture that feeling. As a player, I want to feel the pressure mount when trying to close out a critical game with a one-run lead in the ninth. I want to feel the nervousness involved with trying to drive in the tying run late in the game. I just feel that this critical element is lacking here.

If you just want to swing for the fences and show off your power, the Home Run Derby mode is for you. Take part in the Major League Baseball Home Run Derby, attempting to show that you are the greatest home run hitter of all time. Compete against the top sluggers in the game to take home the prize of the most prolific home run hitter. The mode is fun, and it is exactly what it claims to be. However, it is held back by the sheer repetitive nature of it all. Home Run Derby is a nice add-on mode, and a fun distraction. Unfortunately, there isn’t enough substance in the overall selection of game modes to give R.B.I. Baseball 21 a lot of replayability.

How Does It Look and Sound?

Graphical presentation in R.B.I. Baseball 21 is an area where the franchise appears to lack identity. The days of a very arcade-like retro look are definitely gone in favor of a more authentic representation. However, in comparison to MLB The Show, none of the presentation elements hold up. While batting stances and pitching motions are mostly accurate and recognizable, a limited number of player models mean that body types aren’t always accurate.

Each year, R.B.I. Baseball tends to strive for a more authentic aesthetic for in-game visuals. The result is a mix that looks more “real” than it did in 2014, but fails to rival what MLB The Show provides visually. Pitcher windups and mannerisms do have realism to them, and that helps with immersion. Batting stances are mostly accurate. When it comes to fielding, however, everyone looks and behaves the same, aside from speed.

R.B.I. Baseball 21’s menu system is good and easily navigated, and the soundtrack features 18 tracks. Features are easy to navigate and use, and the design helps players quickly get into whatever type of game they wish to take part in.

Not an Ace, But Solid

In any sports game, gameplay is all that really matters. Madden NFL looks more and more realistic every year, but if there are game-breaking bugs and glitches throughout, no one will have fun. That’s true for any game, but especially so in games where the player is repeating the same experience over and over – in this instance, a baseball game. If you like realism in your sports games, then R.B.I. Baseball has looked incrementally better every year since its return. The game play, however, continues to suffer in some critical ways.

Let’s cover the good stuff first. The pitching mechanics in R.B.I. Baseball 21 really are quite fun. They’re also creative in a sneaky way. Pitching controls don’t involve the precision of MLB The Show, but they still effectively capture the strategy of how to attack a hitter when you’re on the mound. A wheel with different options for the pitches in a given pitchers repertoire will appear on screen – fastball is always the northernmost on the wheel – and you’ll select the pitch you want to throw by pressing the A button. You’ll select the target, which has a “window” the ball will land in, depending on the pitcher’s energy level and confidence in that pitch.

Hitting has three different types of swings – contact, normal, and power – which can be triggered using the Y, A, and X buttons respectively. If you want to bunt, use the B button on the Xbox controller. Timing for hitting seemed slightly unresponsive or inconsistent. It was hard at first to determine the right moment to swing. Pitch recognition takes some practice, but that’s to be expected. It’s meant to fool you, after all. Sliders are available if you want to adjust different aspects of the game to your liking.

Pitching and hitting mechanics are both at least serviceable, with the pitching being good and fun to use. Fielding, however, is close to game breaking and definitely takes away from the player’s experience.

Does it technically work? Yes. But animations and presentation in terms of fielding mechanics are so far behind those of their pitching and hitting counterparts that it makes R.B.I. Baseball hard to recommend, especially with MLB The Show 21 hitting shelves in three weeks.

So what’s so bad about it? Outfielders track fly balls in bizarre ways, and being within the equivalent of about 20 feet from the landing spot seems to register as a catch. Off-balance throws are just jarring when it comes to the animations involved. In any given game, I will see at least 5-10 odd looking throws across the body. In Major League Baseball, you wouldn’t see that many in over two weeks of watching your favorite team play. On multiple throws to first base, the game registered an out but showed the ball continuing to travel past the first baseman towards the stands. Are these little things? Mostly, yes. Little things matter, though.

Finally, the AI in R.B.I Baseball 21 is mind-bogglingly unaware of situations at times. In one instance, I had a runner on first base and hit a ground ball to the second baseman. What should have been an easy double play turned into an epic adventure. After fielding the ball, the second baseman just started running towards home plate – no reason to, maybe just for fun. Then, upon realizing the error of his ways, he made one of the aforementioned horrible, awkward across the body throws to second base. Too late to get the lead runner, the shortstop held on to the ball for a good 2-3 seconds before attempting the relay throw to first, where the runner had arrived seconds before. If this was an anecdotal story from R.B.I. Baseball 21, that’d be one thing. Sadly, things like this seem to happen somewhat regularly.

All I Want to Know Is, Should I Buy It?

If you’re looking for a licensed Major League Baseball experience that is less detailed and intense than MLB The Show, then R.B.I. Baseball 21 is a good choice. However, if you’re an Xbox player, it’s hard to recommend this game – especially light of MLB The Show being included with Game Pass at launch. If you’re a die hard fan of the R.B.I. Baseball series, then this will be a familiar next step in the franchise. If you just want a good baseball game, give MLB The Show 21 a go on Game Pass.

For all the latest on new sports games heading your way, stay with Generation Xbox!

Swing and a Miss 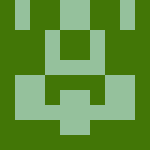 Final Fantasy VII Review – Into the Lifestream We Go

Ultimate Marvel vs. Capcom 3 Review – Gon’ Take You For A Ride

Multiplayer Games to Play Together – When We Can

The Importance of Game Preservation

1 week ago Kasey B

Is MLB: The Show 21 Good For New Players?