Alien artifacts are resources used in Fortnite Season 7 to personalize Kymera, the customizable alien skin included in this season’s Battle Pass. Every week a handful of artifacts are hidden around the map. Collecting one artifact on the map will net you with four artifacts to spend in the customization screen.

That means collecting all five hidden artifacts this week will land you with a generous twenty alien artifacts to use however you want! Here are their locations.

The first artifact this week is located in Steamy Stacks. Make your way to the West side of the middle building and onto the singular pipe placed on the wall. Grab it for your first 4 artifacts of the week.

Head behind the first white and yellow building in the North of Lazy Lake and into the wide shed. The second artifact of the week will be in plain sight.

Artifact 3 is less obvious, but still very easy to find. Land in the East of Dirty Docks and to back entrance of the large warehouse. Instead of going in, however, look under the stairs and grab another 4 artifacts for Kymera.

Land on right side of the roof on the smaller of the two houses in the East of Weeping Woods. Simply break down the part of the roof and jump on the artifact to collect it. Easy!

The fifth and final artifact awaits you at Holly Hedges. Land in the middle area with the abundance of outdoor shelves. You’ll find the last artifact hiding under one of the large yellow shelves.

Where to find more artifacts

You can earn yourself some extra artifacts by opening Cosmic Chests, diamond-shaped containers that randomly appear across the map. Cosmic Chests are only available in Duos and above and require cooperation from your whole team to open.

Everyone in your squad must approach the chest, which will start a five minute timer. The chest will then link itself with a random squad mate via a pink beam; this signifies that they will need to hit the chest with their harvesting tool. The beam will switch from player to player until the chest eventually opens, rewarding your squad with plenty of rare loot and a few alien artifacts.

What do you think about the alien artifact system in Fortnite? How have you customized your Kymera? Let us know over on our Discord, where you can join our growing community!

Don’t forget to come back to Generation Xbox next Thursday for Week 5’s alien artifacts!

Next: Things You May Have Missed In The Halo Infinite Campaign/Multiplayer Reveal 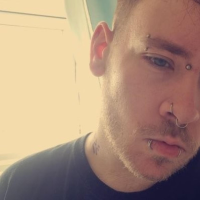 Why I’m Excited For Dying Light 2